This week, we did a little research into some different breeds and found out these somewhat surprising facts. Perhaps you’ll discover something new about your own furry friend…

1) A wolf in shih tzu’s clothing

Somewhat surprisingly, the shih tzu is one of the oldest domestic breeds, and in terms of DNA, it’s one of the most closely related breeds to the wolf.

Poodles were originally used as water retrievers, and their bottom halves were clipped to enable them to swim more easily. 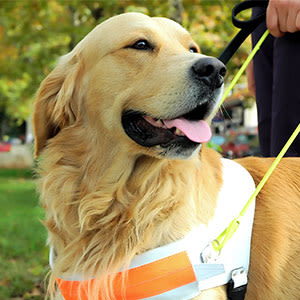 3) Guide dogs were discovered by accident

After WW1, wounded soldiers would often return injured and with impaired sight and hearing. Dr Gerhard Stalling, a German doctor, was once called away from a patient at short notice, leaving him with his own dog. When he returned, the dog was behaving as though he were looking after the patient, which gave Dr Stalling the idea to look for ways to train dogs en masse to help affected soldiers.

4) A dalmatian can change its spots

Dalmatian puppies aren’t born with their spots! They arrive pure white, and get their first spots when they’re between 3 and 4 weeks old. Also, they continue to develop new spots throughout their lives (albeit at a slower rate!).

5) That fearsome fighter… the daschund

Sausage dogs were originally bred as footstools for children. Just kidding, of course, but they were bred to fight badgers, which is actually more surprising.

6) The Newfoundland has inbuilt flippers

These lovely, wooly working dogs have webbed paws, which makes them excellent swimmers.

Most breeds have a pink tongue (as you’d expect) but the Chinese shar-pei and the chow chow actually have one that’s dark bluey purple!