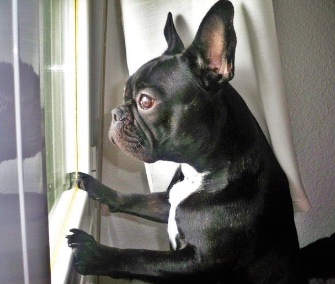 Actress Carrie Fisher, best known for her iconic role as Princess Leia in “Star Wars,” is reportedly in stable condition in a Los Angeles hospital recovering from a “cardiac episode” during a flight from London on Friday. Fisher has been touring to promote her new memoir, “The Princess Diarist.” On Friday night, her service dog Gary, a French Bulldog, “tweeted” a photo of himself staring out a window with the caption “I’ll be waiting right here mommy.” The dog, who helps Fisher cope with her bipolar disorder, is always by her side. He became a celebrity, too, when he accompanied her on interviews promoting last year’s movie “Star Wars: The Force Awakens.” On Sunday, Fisher’s mother, legendary actress Debbie Reynolds, tweeted that her daughter was in stable condition. — Read it at People Pets

Update: Carrie Fisher passed away Tuesday morning at age 60. “She was loved by the world and she will be missed profoundly,” Fisher’s daughter Billie Lourd said in a statement to People. “Our entire family thanks you for your thoughts and prayers.”