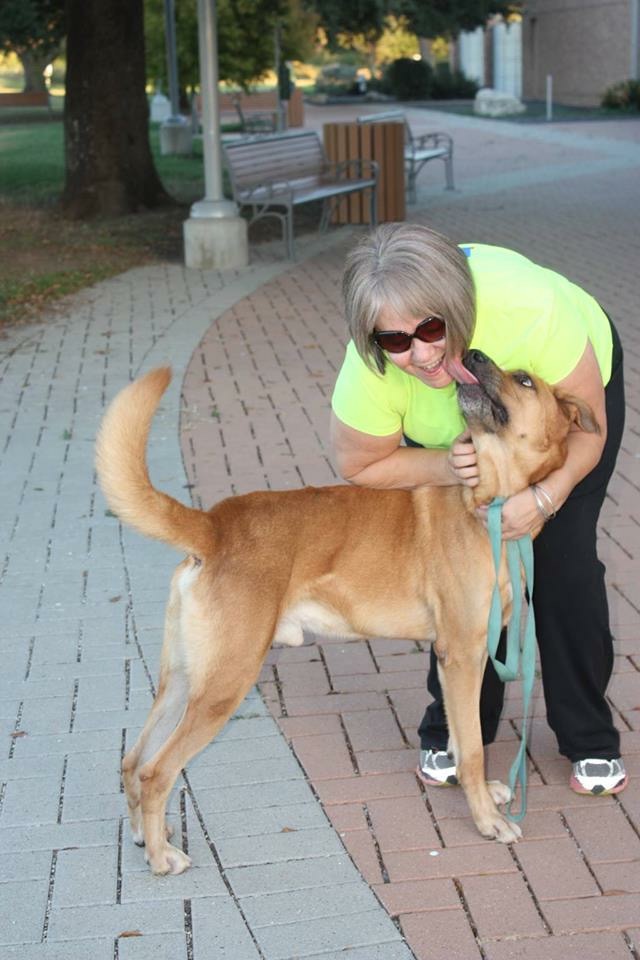 T-Bone with a volunteer at the shelter

This is a very sad and tragic story, but we have a chance to maybe help some of the wounds heal and save the life of a beloved family pet.  Austin Pets Alive is trying to raise money to help a local Austin man after he not only endured the devastating loss of his wife this year, but also his son. After reeling from the unimaginable death of both his wife and child, and after trying to figure out what life even looks like after that kind of tragedy, this man was understandably unable to cope and ended up in a deep depression that caused a domino effect of losing his job, his home, and also losing his dog T-Bone to the city shelter while he went to seek help.  T-Bone ended up at Austin Animal Center, confused, anxious, and scared. Because of that he ended up biting someone at the shelter which has put his life in immediate danger, but as you see, with some time to calm down, T-Bone has quickly become a staff favorite and more than anything he would like to go home with his owner. We would like that too, and so would his owner, but he is now faced with several months of past due utility bills and in need of a place to rent that might at least have a small patio or yard for a large dog. This man has lost so much this year, and we would like to see him reunited with his dog and able to get back on his feet. PLEASE help. T-Bone is now at immediate risk and will not live if his owner cannot reclaim him.