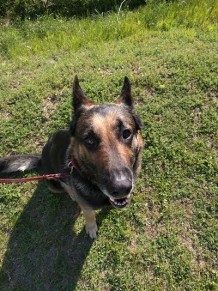 Meet APA’s Jack! That is Handsome Jack! Unlike the comic book character though our Jack really is a loving, handsome guy!

Jack is a 5yr old purebred German Shepard who was surrendered after his owner was diagnosed with cancer. Poor Jack was originally at the city shelter where he was diagnosed with severe bilateral hip dysplasia. After the diagnosis Jack was put to our attention before euthanasia. APA stepped up to save this guy very quickly!

Jack has since been doing great. We had a specialist evaluate him yesterday and surgery can be done to help his right hip but not the left.

Jack needs a good hip to stand on so lets give it to him! 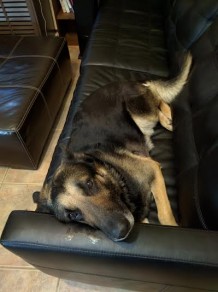