Austin is the safest major city in the country for pets. An animal arriving at Austin Animal Center has a better than a 95 percent chance of leaving the shelter alive, destined for a forever home. If the animal is healthy or treatable, that home is guaranteed. Our city has proven that it is possible to provide humane outcomes for shelter animals, returning “euthanasia” to its dictionary definition.

Given the great progress we have made as citizens to protect our companion animals, we are highly concerned that a few City of Austin Council Members appear to want the City to cause suffering and death for other animals. Two Council Members have introduced a resolution that would allow for the use of leghold traps and the shooting of trapped animals within the City limits, practices which are currently illegal. And they are illegal for good reasons: leghold traps are so painful that trapped animals try and chew their own legs off to escape. And they not only trap coyotes, but companion dogs and cats have been caught in them, too. Although the purpose of this is purportedly to eliminate coyotes, we have significant evidence that pets are being caught in these traps, as well as other wildlife, including a red-tailed hawk.

Just last week, a cat which was caught in a leghold trap was spotted. The trap had become untethered and the terrified, injured cat burrowed itself deep underneath a house. City of Austin Animal Protection Officers, the Central Texas Cat Hospital and Shadow Cats humanely trapped the cat, freed her (now named Freya) from the trap and performed surgery on her damaged foot. Freya is one of the lucky ones who is now safe and will continue to be for the rest of her life, but what of all the other pets and wildlife that suffer long deaths because of leghold traps? Leghold traps are inhumane, barbaric and indiscriminate. Furthermore, the use of leghold traps does not reduce the coyote population and has the potential to harm or kill the very animals it purports to protect. 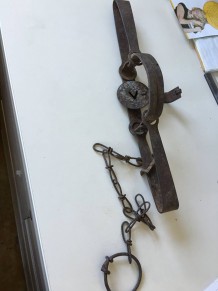 Additionally, this resolution would take management of these leghold traps out of the hands of our trained animal protection officers and use additional taxpayer dollars to fund the trapping and killing. Not only does this not make sense financially, as the City of Austin already has animal management protocols in place, but it makes no sense to pay an outside company additional funds when there is already city staff to deal with perceived problems. Worst yet, it is endorsing an agency known to have a controversial and violent history. (https://harpers.org/archive/2016/03/the-rogue-agency/)

You can help stop this by attending the meeting of the Public Safety Committee on Monday, March 28 at 4 p.m. at Austin City Hall. Sign in and note that you are opposed to the resolution and make it clear that our citizens want to continue making Austin a safe and humane city for our companion animals. The item is number three on the agenda. https://austin.siretechnologies.com/sirepub/mtgviewer.aspx?meetid=1120&doctype=Agenda